When Do Dental Implants Need To Be Replaced? 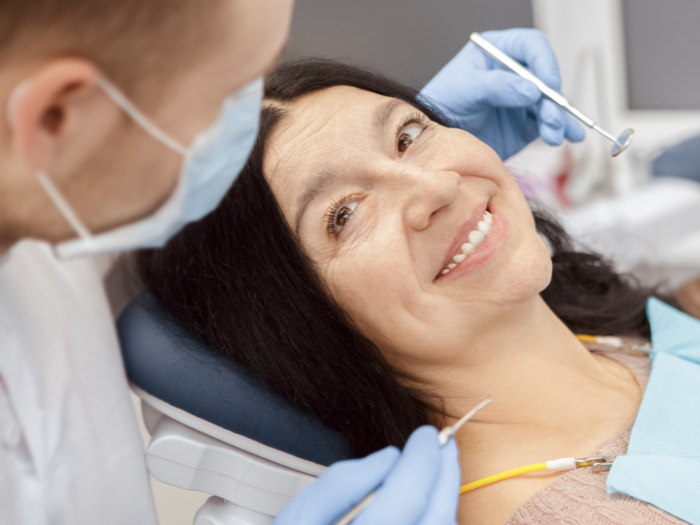 Implants are one of the more secure, natural-looking restorative dental procedures available, providing a greater degree of bite strength. Unlike dentures, the patient does not risk implants slipping out or sliding around when speaking or chewing.

Yet, implants are not the right choice for everyone; candidates need to have enough jawbone to support the metal posts. While dental implants offer greater longevity than other restorative procedures, the crown does not last forever and will need to be replaced in the future.

Whether due to failure or age, know when you may need to have your implants replaced or removed.

The first dental implants appeared in the 1950s but were not widely available to the public until the 1980s. Since then, improvements and upgrades have lengthened their lifespan.

Today, a patient who receives one or more dental implants has a series of titanium posts inserted through the gum line and into the jawbone, where they fuse to the existing bone through a process called osseointegration. The posts themselves will support an abutment and crown to replace your missing or damaged teeth.

While this configuration is not permanent, implants that are properly cared for can last for about 25 years, compared to an average of 10 years for bridges and dentures.

Depending on how well you take care of your teeth, your implants may start to show signs of wear after 10 to 15 years. Especially after an accident or biting down on something hard, sudden trauma may also crack or chip the crown.

Individuals who grind their teeth may gradually develop bruxism, in which microscopic fractures form on the crown. These cracks widen with time, causing a crown to fail or come apart.

For patients living with malocclusion, in which the top and bottom teeth do not fit together, the top of the crown may wear away sooner.

Along with these issues, implants may need to be replaced if the patient starts to experience gum tissue recession. This occurs when the patient does not brush and floss as frequently. As a result, plaque and tartar can start to form along the gumline and around the base of the implants. When this issue persists, the gums may recede from the crown, causing the abutment below to become more visible.

Dental implants typically have high survival rates. However, anywhere between five and 12 percent of patients may experience failure and need the implant removed. Of patients who do have their implant replaced, survival rates vary from nearly 70 to 90 percent. However, patients may have to undergo a hard or soft tissue graft, followed by a lengthy healing process before a new implant is inserted.

Implant failure occurs in two general forms. For one, the implant can shift due to an insufficient amount of bone tissue to support the post. Secondly, the body can have a bad reaction to the structure.

Implant failures also fall into two groups. Early failures happen within the first couple months after the procedure is complete and are often a result of poor healing or bone issues. In these cases, the implant is loose and moves around in the patient’s mouth.

A late failure occurs a year or more after the patient has been using the implant and experiences an infection or places too much force on the structure. Peri-implantitis also falls in the category of late failure: While the titanium post remains stable, bacteria forms around the implant and targets the surrounding bone, resulting in an infection, abscess and a strong odor. To prevent the disease from spreading, your dentist will remove the implant to reduce future bone loss.

In all cases, symptoms of implant failure include:

Not every failed implant can be replaced. Although patients may need additional bone grafting to support a new titanium post, removing the structure may leave a large hole in the gums, which is too wide to support a new fixture.

Certain factors can increase a patient’s risk for implant failure, including:

Interested in dental implants? To find out if you’re a good candidate for this procedure, contact Smile Dental Center today.

Please Share This
Read Previous Article:
« Whitening & Teeth Sensitivity: What Should You Know?
Read Next Article:
How Harmful Is Teeth Shaving? »